Let’s start back in 1919. Charlie Chaplin, who would become one of the most famous and celebrated movie stars of all time, was 29 when he married 16 year old aspiring actress Mildred Harris. Their marriage only lasted 2 years. In 1924, Chaplin repeated the pattern with another 16 year old, Lita Gray. He met Lita when she was just 6 and began taking her on dates around the age of 12.

1954 — Sam Cooke meets a 12-year old Aretha Franklin and brings her to his hotel room. Before her father interrupted, Aretha said the conversation ”took another turn.”

Also in 1957, 16 year old Anna Mae Bullock met 24 year old Ike Turner. He quickly took her into his band, helped make her a star, and began to treat the newly christened ”Tina” as if he owned her. They married 6 years later. Tina once wrote that she was afraid not to accept his proposal.

In 1959, Elvis Presley met his future wife. He was 25 and she was 14. They stayed in touch via phone and letters for the next 2 1/2 years. At that time, Elvis took her on a drug romp to Vegas, followed by moving her into his Graceland mansion. They didn’t marry until 1967. While both parties claimed that Priscilla was a virgin on her wedding night, biographer Susan Finstad makes a strong case that this could not be true. Priscilla herself has admitted that she & Elvis slept in the same bed and that Elvis ”taught (her) other ways to please him.” Elvis reportedly had a predeliction for 14 year old girls, both before and after his marriage to Priscilla.

Chuck Berry was arrested and found guilty of transporting an underage girl across state lines for immoral purposes, spending two years in jail in 1960.

In 1969, Sable Starr, queen of the so-called ”baby groupies”, had a brief relationship with Iggy Pop. She was 13. He later wrote a song about it. Starr had sexual relationships with many other band members, including encouters with David Bowie, Mick Jagger, and Rod Stewart.

It’s 1972 and Rock stars are stil having sex with little girls and everyone knows it, but no one does anything about it. Lori Mattix tells of losing her virginity at age 14 to David Bowie. She went on to start ”dating” Led Zeppelin’s Jimmy Page that same year, a relationsihp that began when Page’s manager kidnapped her and brought her to Jimmy’s hotel room. Page kept Lori essentially locked up in his house for most of their 18 months together. The ”baby groupie” also reports a sexual relationship with Mick Jagger when she was just 17.

In 1973, married singer Marvin Gaye met and pursued 17 year old Janis Hunter. He wrote ”Let’s Get it On” as a tribute to his lust for her. Marvin took his teen date to dinner shortly after they met, where he bribed the waiter to bring her alcohol, then had sex with her later that night. They had a baby by the time she was 18, and married in 1977. The marriage lasted just 3 years.

In 1975, Steven Tyler purchased the guardianship of a 16 year old girl (Julia Holcomb) from her mother when he was 27 so that he could legally take her with him across state lines while he was on tour.

In 1978, Ted Nugent also purchases the guardianship of a teenager from her parents. He was 30, Pele Massa was 17. Years later, Ted reportedly received oral sex from a 12 year old Courtney Love.

March 10, 1977. One of the most well-known cases. Director Roman Polanski drugs and rapes 13 year old Samantha Gailey. Allowed to plead guilty to a lesser charge, Polanski nevertheless fled to France before sentencing and remains exiled from the United States. He has not been exiled, however, from Hollywood and continues to make movies and win awards to this day.

Eagles drummer and vocalist Don Henley was arrested in 1980 in Los Angeles after paramedics were called to his home to save a naked 16-year-old girl who was overdosing on cocaine and Quaaludes.

Colored over as a a ”grand romance” and a ”decades long relationship”, Celine Dion was 12 years old when 38 year old Rene Angelil became her manager. They went public with their relationship when she was 19.

In 1984, Rolling Stones bassist Bill Wyman started dating Mandy Smith. She was 13. Although they did not marry until she was 18, Mandy says she was 14 when they first had sex. Mr. Wyman has never been investigated, much less prosecuted.

Red Hot Chili Peppers’ lead Anthony Kiedis readily admits to having sex with a 14 year old girl when he was 23. According to him, once he confirmed her age he ”had sex with her again.” In 1986, the 24-year old musician began dating 16 year old Ione Skye.

In 1990, 16 year old Mayte Garcia’s mother sent a video of her belly-dancing to Prince. He arranged to meet her, confirmed she was 16 and a year later moved her into his house. When she was 19, he initiated a sexual relationshi by informing her it was time to go on birth control. They married when she was 22 and he was 37. Before Mayte, Prince met ”Anna Fantastic” when she was 15. At 17, she moved into his compound where they had a two year long relationship.

In 1991, 32 year old director Luc Besson met and eventually married model Maïwenn Le Besco when she was 15. Their relationship inspired his movie Léon: The Professional (1994), which followed an emotional relationship between an adult man and a young girl.

In 1993, Jerry Seinfeld picked up a high school student in a public park. He was 39 and she was 17. He and Shoshanna Lonstein dated for four years — through her college years.

Also in 1993, MC Ren of N.W.A. was accused of raping and impregnating a 16 year old girl in the group’s tour bus. The case never went to trial, however a paternity test showed that he was the father of the girl’s baby.

Noted pedophile R Kelley secretly married R&B singer Aaliyah in 1994 when she was 15 and he was 27. They met when she was 12 and he later helped write and produce her first album — ”Age Ain’t Nothing but a Number.”

In 1995, teen star Brandy (age 16) started dating 21-year-old Boyz II Men member Wanya Morris. Keeping their relationship under wraps due to her age proved too stressful for the couple and they broke up soon after.

In 1997, Woody Allen should have become notorious when he married his de facto step-daughter. Though she was 21 at the time of the wedding, the two met when she 8. No matter the spin, the facts are stark. This wasn’t the only time Allen dated a much younger woman. Actress Babi Christina Engelhardt began a years-long love affair with Allen when she was 16 and he was 41. When Allen was 42, he romanced 17-year-old actress and high school senior Stacey Nelkin.

It’s the early-mid 2000s and ”That 70s Show” actor, Wilmer Valderrama, continues to date teenage girls in an effort to deny that he is now over 30. He dated 16-year-old Mandy Moore despite being four years her senior. At age 24, Valderrama dated 17-year-old Lindsay Lohan though they kept the relationship a secret until her 18th birthday in 2004. In 2010, the 30-year-old began dating 17-year-old Demi Lovato.

In 2001, Fast & Furious star Paul Walker (28 at the time) was dating 16-year old Aubrianna Atwell. This was not Paul’s last time to date a teenager. His girlfriend at the time of his death, Jasmine Pilchard-Gosnell, was 23 to his 40. They met when she was 16.

Back in 2004, 26 year old Joel Madden and Hilary Duff did the familiar dance of being ”just friends” until her 18th birthday in 2006. When asked about whether she was intimate with Madden or not in a 2015 interview with Cosmopolitan, Duff stated, ”I had a 26-year-old boyfriend. So everyone can make their own assumptions about what I was doing.”

In 2005, clean cut TV heartthrob Chad Michael Murray begins dating a girl in high school. They get engaged when she turns 18 and Murray calls her a ”little sweetheart” and says they have been together ”for awhile.”

Similarly, in 2006, co-stars Hayden Panettiere and Milo Ventimiglia began dating. She was 17. He was 12 years her senior.
Actor Doug Hutchison married 16-year-old Courtney Stodden in 2011, when he was 51 years old. The dysfunctional pair became famous as reality stars, with Courtney undergoing extensive plastic surgery to maintain their image.

Rapper Tyga and Kylie Jenner began ”hanging out” an awful lot beginning in 2014 when she was 16 and he was 24. They dated on and off after that, though they became a lot more openly ”on” after her 18th birthday in 2016.

In late 2018, 44 year old Leonardo DiCaprio publicly reveals that he is dating 21 year old model Camilla Morrone. It’s not the age gap that puts Leo on our list, it’s the fact that he’s known Camilla since she was 11.

2018 — 14 year old Millie Bobby Brown innocently revealed that rapper, Drake, age 31, has been close friends with her, for the last year giving her advice about boys. He texts her, ”I miss you.” This is the same Drake who has, more than once, skated around that ”just friends until she turns 18” line — most recently with 18 year old model Bella Harris.

Guys, this isn’t a friendship. This is GROOMING. No one will stop it. They’ll ”date.” He’ll have sex with her, probably in a couple of years. No one will care because he’s a man and a star.
NO ONE WILL CARE UNLESS WE START MAKING PEOPLE CARE.
Make them care. No free passes. No 2nd chances. A ruined career is the least they deserve. It’s not cute. THIS IS NOT OK.
~ Verity Violet

The Story of ’Fuck Tha Police’ – A Noisey Film

Facts That Will Make You Throw Away Your Makeup

Genesis Is Coming for the Bentley Continental, of All Things: Report 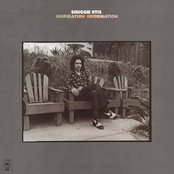 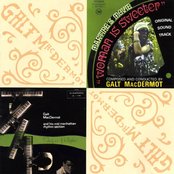 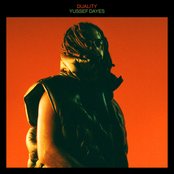 For My Ladies
Yussef Dayes
5 timmar 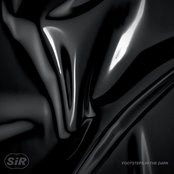