Och det fick dom…  And the rest is history… I. THE HISTORY OF THE BRAND
The adventure began with René Bannwart. With his trong entrepreneirial spirit and watchmaking experience acquired from the most prestigious watch manufacturers, he founded his own brand and created CORUM in 1955 with his uncle Gaston Ries.Particularly fascinated by the word “quorum” which means “the minimum number of persons present, required to enable a meeting, to hold discussions and take valid decisions”, they simplified the spelling.Right from the time of its creation in 1955 in La Chaux-de-Fonds, CORUM displayed a determination to position itself in the forefront of the Swiss watch industry.

The emblem, a key pointing skywards, is a symbol of the mystery to be fathomed, the enigma to be resolved, of new territories to be explored, and of innovation. It also alludes to the inventiveness, tenacity and bold spirit required in order to attain the total mastery of time.

In 1956 the first CORUM watches appeared on the market and the brand launched a veritable cascade of new ideas with great success. It was even recognized by its peers as one of the most creative in the industry.

In 1958, the “Chinese Hat” watch sparked public curiosity with its bezel evoking the famous pyramid-shaped head covering worn by the people of China.

In 1960, the first interpretation of the “Admiral’s Cup” model with a square case was developed. This was the first ever water-resistant square watch!

In 1964, the “Coin Watch” was created around an authentic $20 Double Eagle Coin, a symbol evoking the spirit of free enterprise and a model worn by numerous U.S. Presidents and prominent civilians alike.

In 1965 came the first appearance of large-sized watches with the “Buckingham” model, which asserted itself through its oversized proportions that were extremely innovative at the time.

In 1966, the “Romvlvs” watch was unveiled, featuring the hour numerals engraved not on the dial, but on the bezel.

In 1970, CORUM introduced the “Feather” watch composed of genuine bird feathers. This artistic and technical feat called for great expertise and paved the way for the brand’s use of extremely delicate materials for its dials.

In 1976, the “Rolls-Royce” watch once again underscored the avant-garde nature of the brand, since it represented the first ever partnership of this kind with a prestigious automobile manufacturer.

In 1980, the “Golden Bridge” with its delicately hand-engraved baguette movement revealed behind the perfectly transparent sapphire case, embodied the pinnacle of technical and horological mastery.

In 1983, the famous Admiral’s Cup design was reinterpreted in a version with nautical pennants corresponding to the international maritime code and serving as hour-markers on a twelve-sided bezel.

In 1986, the “Meteorite” model featured a dial cut from an authentic meteorite.

In 1991, the “Admiral’s Cup” adventure continued with the victory of the CORUM team in the legendary sailing race after which the line is named.

In 1997, CORUM filed a patent for a new invention showcased in the “Tabogan” watch, equipped with an ingenious mechanism allowing the watch case to be positioned upright, and thus transforming the wristwatch into a table clock.

In 2000 the “Bubble” watch was introduced. Fitted with an 11mm thick sapphire crystal, it creates a magnifying-glass effect which becomes the model’s signature feature.

With the “Trapèze” watch in 2001, Corum created a new style evoking subtle grace. Its shape reflected in its name and its large size lend it a truly timeless design.

In 2005, the “Classical Vanitas” marked the world premiere of marquetry-work as applied to watch dials. The stone and marble parts were meticulously cut to fit together like a mosaic.

In 2005, in celebration of Corum’s 50th Anniversary, the “Golden Bridge” was reinterpreted in a contemporary vein, imbuing the original 1980s model with the spirit of the 21st century.

In 2007, the legendary “Romvlvs” was reborn in an elegant and contemporary spirit, interpreting the classical codes of the brand. Its new design perpetuates the distinctive nature of its Roman numerals engraved on the bezel and is distinguished both by its double-curving case creating an elliptical effect on the bezel, and by its domed sapphire crystal. The “wave-profile” of the bezel is engraved around the entire circumference with a perfectly polished longitudinal stripe.

In 2008, thanks to a repositioning driven by a determination to achieve consistency, along with the launch of several emblematic models, all confirming its remarkable expertise in the field of Haute Horlogerie – most notably the Admiral’s Cup Tourbillon 48 and the Romvlvs Perpetual Calendar – CORUM experienced a remarkable year.

CORUM – at the dawn of the 21st century

In 2000, CORUM was honored with the GAÏA distinction for “Craftmanship & Design”, a symbolic recognition awarded to Jean-René Banwart for his contribution to watchmaking history and culture.

In January 2000, the arrival of a new owner and President – Severin Wunderman, an internationally renowned icon of the watchmaking industry – gave CORUM a whole new boost.
Displaying his characteristic creativity and ingenuity, he revitalized the company, ably backed by his son Michael, who was appointed Vice-President.

At Severin Wunderman’s request, Antonio Calce joined CORUM in 2005. Severin, Michael and Antonio jointly established a strategy to conquer whole new horizons, while remaining faithful to the pioneering and independent spirit on which the brand has built its success.
In 2007, Michael Wunderman was appointed brand director for the United States, where he began running the business from the headquarters of the U.S. subsidiary in Los Angeles, while Antonio Calce was promoted to serve as CEO. This experienced strategist was entrusted with the mission of pursuing the work begun by Severin Wunderman.

On June 25th 2008, Severin Wunderman passed away at the age of 69. His death was naturally a terrible shock for his family, as well as for the company employees around the world.

On August 18th 2008, CORUM appointed Serge Weinberg – a personal friend and financial advisor of Severin Wunderman – as Chairman of the Board. As founder of an investment firm called Weinberg Capital Partners, active in merger and acquisition operations as well as real estate investments, he brings to the company his vast experience in the luxury sector.

CORUM continues to be headed by brand CEO Antonio Calce. A firmly product-oriented, entrepreneurial and unifying figure, Antonio Calce is pursuing the long-term implementation of the product strategy initiated in 2005 and based on four key collections that have become the four pillars of the brand development. By highlighting its historical legitimacy and propelling the product to centre-stage, CORUM is enjoying strong sales growth.

Over the past few years, CORUM has undergone a complete transformation that has enabled it to achieve a perfect match between the product and the demands for quality and creativity that are the very foundations of its credibility. Its firmly upscale move is a logical result of the brand’s efforts to recapture its historical standing while significantly reinforcing its horological substance. CORUM’s substantial investments have led to the integration of watchmaking professions, the development of production tools, the enhancement of human resources and the promotion of staff training. The result is a brand once again entirely in tune with its genetic heritage.
Positioned as an exclusive brand, CORUM offers high-quality watch collections featuring an innovative and distinctive design, and equipped with sophisticated mechanical movements. Its 150 current references, spread between four key pillars – Admiral’s Cup, Romvlvs, Golden Bridge and Artisans – enjoy a legitimacy rooted in the brand history. The full set of collections comprises models at prices ranging from 5,000 to 1 million Swiss francs and giving pride of place to precious metals and horological complications.

In 1960, the first interpretation of the “Admiral’s Cup” model paved the way for CORUM’s success. This model remains emblematic because of its history which is inextricably bound up with major sailing competitions and prestigious sailors, as well as its inimitable esthetic based on a twelve-sided case, a dial set off by twelve nautical pennants, and the Admiral’s Cup trophy engraved on the caseback. These are its distinctive and unmistakable identifying characteristics.
The “Admiral’s Cup” is currently worn and represented by Ben Ainslie, one of the greatest living sailors and a four-time Olympic medal winner who, at the age of just 31, has already earned an impressive number of records and distinctions.

Introduced in 1966, the “Romvlvs” model makes reference to the watchmaking art in its purest form, and has made its mark on watchmaking history. This model is in fact the first watch to have the hours engraved on the bezel, itself topping a case that is easily recognizable by its double-curving case.
The collection has been enriched in 2008 by two major complications: a perpetual calendar and a retrograde annual calendar.

The brand’s flagship complication model, the “Golden Bridge” was introduced in 1980 and remains a benchmark with its patented baguette movement. Moreover, it is also regarded as an avant-garde watch thanks to its movement placed in the centre of a transparent sapphire crystal case.

The “Artisans” collection – the fourth brand pillar – embodies a blend of creativity and high art. It is composed of models enhanced with enameled dials, painted miniatures and featuring variations on gem-setting and engraving techniques. Each year, new models exploring new themes and motifs are added to the collection. 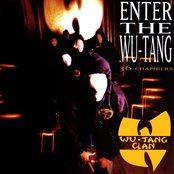 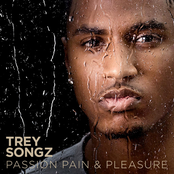