Mike Horn operates on a 30-hour day, 24 just didn’t make sense to him.  He divides the day into six five-hour intervals broken up concisely into sleeping, eating, working, walking, and whatever else he may have to do that day.  Horn has traveled around the world on the equator three times without the help of a motorized vehicle.  He’s swam the entire length of the Amazon river with a broken knee.  He’s circumnavigated the arctic circle by himself (it took him two years and three months).  He did so with a specially developed, tripled cased Panerai on his wrist. While many explorers have taken to wearing digital watches on expeditions, where Horn goes, a digital instrument would simply freeze, so everything must be mechanical.

Horn’s PAM 92 ArktosIn 2006, he became the first man to make it to the North Pole in the winter. He did so in permanent darkness, without the use of a dog sled, or certainly anything motorized. More people have been to the moon than been where Horn has gone.
Two weeks ago, Panerai invited Sean Sullivan and myself aboard what is very likely the coolest boat on planet earth to spend the day with who is very likely the most interesting man on planet earth.  Hyperbole aside, the day I spent aboard the Pangaea with world explorer, environmentalist and all around great guy, Mike Horn, will not soon be forgotten.  The 109 foot all-aluminum Pangaea was built in the slums of Sao Paolo.  It is constructed to go anywhere on earth, literally.  Everything is completely manual, this isn’t a motor yacht, it’s a proper sail boat.  Horn and his two teammates man the entire boat by themselves.

Horn Piloting The Pangaea In The NY HarborThe Pangaea is now on a four year, worldwide tour showing young explorers how they can help save the planet that Horn has seen from so many different angles.  On our day with Horn sailing around NYC, Horn told us about his trevails and what his mission is, simply to educate as many people as he can about environmental responsibility. Horn has seen the effects of humanity on the earth in a way that we simply can’t understand.  He’s seen, first hand, the floating garbage pile in the north Pacific that’s the size of Mexico. He’s seen the polar ice caps melting.  The Pangaea’s mission to educate and inspire us to recognize our faults and help fix them.
To celebrate the launch of the Pangaea mission in 2008, Panerai developed a special watch, the PAM 307 for Horn to wear.  Unlike the previous Arktos watch, which was designed with one particular mission in mind, the 307 is designed to be an extreme adventure watch, one that can withstand a trip to the highest mountains and a dive to the deepest seas – the PAM 307 even has a depth gauge built right into it.

Mike Horn’s PAM 307 w/ Depth GaugeSeeing Horn’s own Panerai in the metal was pretty cool.  You can see above all the battle scars this thing has, and unlike most of the Panerai wearers we encounter in New York, he is using his watch to the fullest extent of what these sports watch are capable of.   We can’t think of a better ambassador for the Panerai brand than Mike Horn.
Horn is a true inspiration, not a self-indulgent professional athlete looking for a free watch.  Horn is not wealthy either, without the help from Panerai and a few other sponsors, the mission of the Pangaea would go unfulfilled.  I highly recommend you take a look at the work Mike Horn is doing and if there is anyway to get involved, I can promise you it will be worth your time.  To visit Mike Horn’s official website, click here.

DID YOU KNOW? Mike Horn was put in jail by the KGB for 32 days. He has also been credited with inspiring the Indian National Cricket team to their victory in the 2011 Cricket world cup. 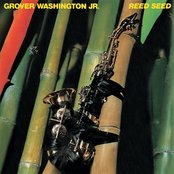 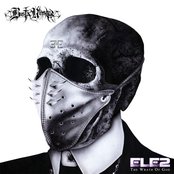 STRAP YOURSELF DOWN
Busta Rhymes
19 timmar