B+: Myself and Eric [Coleman of Mochilla] went to Detroit. This was around the beginning of the Jaylib [project]. The record was made more or less at that point and [Stones Throw] was waiting to do photos. So the idea was for me to go there and photograph him in such a way so that we could put photos of Otis [Madlib] opposite him and somehow get them to work together. That was the plan. But it was sketchy. We didn’t know how much time we were gonna have. [The photo shoot] had been held up quite a bit because [Dilla] had been sick. But none of us knew what he was sick with or anything.

Me and Eric flew out there, and had a terrible experience at the hotel and ended up getting into some bullshit with the Detroit police department. Which was totally weird and not cool. But then we were kind of happy with the notion that one of the hot joints from Dilla was “Fuck the Police.” And we were like, yeah, fuck that shit – we’re gonna go help the dude who made the “Fuck the Police” in Detroit song! [laughs] We were all hyped.

We got there and he was cool, man. The house was fucking unbelievably clean! That’s the first thing I noticed. Jesus Christ – you could eat your dinner off the fucking floor! If your dinner dropped on the floor you wouldn’t [sweat it] it was so clean. It was super cool, man. He had seen [our film] Keepintime. He’d shown it to Common. He knew who we were. It was a nice vibe. He was super excited. Ma Dukes was there. And we just kind of hung out.

B+: I didn’t know if [Dilla] owned [the house] or was renting it. But his studio was built in the bottom of it. And this was during the era of like the Common records [he produced]. So this is the live instrumentation Dilla. That era. This [photo was shot in] the studio. He didn’t look terribly well. I remember at the time being a little shocked that he looked very different from what I’d remembered he looked like. And there was debate actually about even using these photos at the time. I remember Stones Throw wasn’t happy with the shoot because they felt he looked pretty sick. He had already spent some time in the hospital. He had aged. But, of course, [now] these are the photos that people know Dilla [through]. The photos from the Slum Village era that I did, that’s what he looked like [normally]. He was a very healthy looking guy. He seemed to have a very good physical energy, I felt. But then later this became the “normal” Dilla. And then it started getting to real extremes where I’d seen him one time and he looked so gaunt and so thin – [photographer Raph Rashid’s photos] in Behind the Beat and stuff. And then when they came out here to shoot the Jaylib video and I photographed him, he was super bloated. Like whatever was happening with his kidneys or whatever reversed [things]. He really suffered, man. There was no question. The conditions under which Donuts was made is a miracle basically as far as I’m concerned. I consider myself a pretty strong person but to be that sick and to make something that great, I don’t know. That’s kind of unprecedented.

B+: We asked him if he wanted to go digging. And that [led to this] photo. I just remember being impressed. He brought us to this store. I was just looking in “jazz” or “soul” or whatever. And he was just looking at the .50 cent records. And he bought a bunch of records in the .50 cent records [section]. And we wound up buying two things that were 20 bucks each. And I came to realize afterwards that he was like the king of that. He was known for that, like [buying] cheap records was his thing. He was like a beast on the cheap records. I don’t know if he was looking at something [for real] at this point or just [doing it for] the photo.

B+: This was 2005. We were scheduled to screen Keepintime in Brazil at SESC [in São Paulo] as part of a hip-hop film festival. And on the last night of the festival they wanted Otis to play. And so Otis by that point was super into Brazil, was paying his own ticket to come to Brazil with us – that kind of thing. So this [offer to play the festival] was money and a plane ticket and hotel rooms and it was all hooked up. And he could bring a DJ. And so I remember we went to Stones Throw one time and we ran into him and he was like, “We could bring Dilla!”

At that time, we were making Brasilintime. So I’m like, fuckin’ [Dilla’s] the first person to sample a Brazilian record. The first dude [in hip-hop] to be feeling that shit – to make [Pharcyde’s] “Runnin’.” Let’s totally do it, let’s get Dilla to Brazil. Like that’s huge. In our world that’s like, wow, some kind of circle has been completed somehow.

B+: The day that he died I sat [in my studio]. And it was just: “We need a 16×20 of this,” “We need an 8×10 of this,” “Do you have this?” And I remember myself and Eric, man, spent that whole day just listening to the fucking music and just printing photos for the funeral, for the book for the funeral, for the actual removal itself, [the images for the] framed pictures of him. And that’s the first time that this photo was printed, actually. I always liked it. It’s very nice color. I always thought there was something… just the geometry of it is very nice. I was very happy with the geometry. So this is outside [his house]. It’s Clinton Township in Detroit, that’s where he was living at the time. He was really doing some shit. At this moment he had that shit down it was so dialed in. It was that sound that everybody was trying to make at that time. Ringy snares and the kind of keyboard basslines, and the kind of neo-soul moment. He was going hard. And then the next thing you know he’s chopping the shit out of [stuff] and totally changed direction completely. Totally different thing. And so who knows what he would be doing now. But he would be doing new music, that’s for sure.

B+: Questlove said some shit like, this is the best photo I have ever taken. [What you see is] really what happened. But a lot of people I think find it difficult to believe that those two incidents [the funeral and the skywriting] happened at the same time. But that really happened, man. That was Valentine’s Day [2006] and we were putting Dilla to rest. There was just so many heavy people there that you were just geeked. Here’s Pete Rock, Busta Rhymes, the Roots, Common, Erykah, Amp Fiddler, Xzibit – all kinds of people that you would never expect to see on the same plot of grass.

And as I’m walking up to the fucking thing I suddenly see there’s [an airplane making hearts in the sky, and] straight away I knew what [the pilot] was doing. Because I’d photographed a similar thing on a Saafir record. I was shooting Saafir and some dude started putting hearts in the sky. And I’m just like, yo, thank you! [laughs] So I knew straight away, this is some shit. And funnily enough, he did two [hearts]. But by the time I turned around, turned on my camera and set it to fire one of them [had gone]. They weren’t lasting very long. That’s Forrest Lawn [in Glendale]. Yeah, it was a pretty magical day. It was crazy. And we were all up there together. It was very sad, man.

I’ll happily live the rest of my life without ever hearing another Dilla tribute to get the dude back for just a minute, man. It’s just unfortunate. Because even with all the music, there was a lot more there, dude. The guy was… he was really on some shit. He was a fantastic talent. 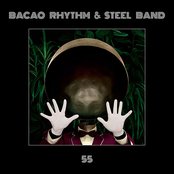 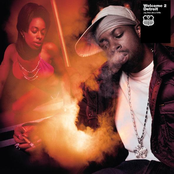 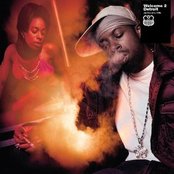