If you have searched around the internet lately looking at watches, there’s a good chance you ran across Invicta watches. These watches are some of the best selling watches online and feature a wide variety and huge selection of watches which appeal to every sort of watch wearer. But you may have some concern about why these Invicta watches are so cheap. And to answer that we have to delve into the history of the company.

Invicta is a Swiss watch company that was originally founded by Raphael Picard back in 1837. Raphael was a watch maker who lived in La Chaux-de-fonds, Switzerland and noticed that only the wealthy would wear the fine timepieces he and his contemporaries created. He wanted to offer the quality and craftsmanship of a luxury watch to everyone and so he sold his watches at a discount.
The company continued to grow and was very successful up until the early 1970s when the technology of the Japanese quartz watches became popular and became the new watch standard. After all quartz was much easier to manage then the manual winding or even automatic watches that required wearing every day.
Fast forward to 1991. The company had been suffering from lagging watch sales, and the descendants of Raphael who now ran the company needed to make a change in order to stay in business. The company did a complete overhaul of their image and re-branded themselves as a creator of modern and quality watches. They chose to offer their watches at a deep discount to hold true to the philosophy that the founder had over a hundred years earlier.

Invicta’s business strategy was to sell in volume which meant offering lower priced watches and having lower margins.  And when this happens invariably yet slowly overtime, companies look to cut costs to maintain their profitability.  Eventually Invicta changed from offering completely Swiss Made watches (notated by the SWISS MADE imprint on the watch face) to only the movement being of Swiss heritage (SWISS MOVT).  This subtle change indicates that the movement is still of Swiss reputation and quality, but the watches themselves are assembled elsewhere, assumedly in China or Hong Kong where labor is cheaper.  Finally, some of the cheap Invicta watches were switched over to the Japanese quartz movement which is actually more accurate and a lot cheaper than the Swiss mechanical movements.
So the reason why Invicta watches are so cheap is because some of the watches have switched over to large scale manufacturing practices that are typical of other, lower priced watch brands.  This isn’t to say that Invicta’s quality has suffered, only the features offered are different and true watch lovers may prefer the old style purely swiss made Invicta watches that are a little harder to come by.
It’s important to note that not all of Invicta’s watches have gone the way of mass manufacturing.  The price usually reflects the quality of the watch and some of the most expensive Invicta watches are comparable if not surpassing the quality of a Rolex or Tag Heuer.  So the motto “you get what you pay for” still rings true.

Why are Invicta Watches so Cheap on Amazon

When I was doing research for my Invicta watch review, I discovered that Amazon had the lowest prices on Invicta watches.  This made me wonder why and while I wasn’t able to find anything to confirm this, here is what I believe:  Amazon has a lot of customers and because Invicta is trying to sell as many of their watches as possible, they wanted to take advantage of Amazon’s reputation for online sales and popularity among online shoppers.  So they struck a deal with Amazon to put up a storefront and offer exclusive watches that you can’t find anywhere else.  In particular, they have a wide range of men’s Invicta watches that they saved for their Amazon customers. 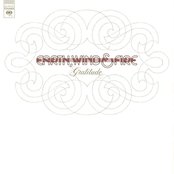 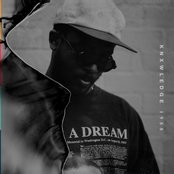 Do You
Knxwledge
11 timmar