5513/5517 Military Sub. I try to wear without worry. This watch has been through war, it can handle a door frame.

Watch guys are born, not made, as proven by the number of very well paid men and women who don’t understand why you can’t just look down at your iPhone if you want to know when to leave the house. You either get it or you don’t,

Being a watch guy almost never equates to being a snob. I believe there’s a great watch to be had at any price point – The $400 Hamilton Khaki Field can say just as much about you as a $5,000 IWC Pilot’s chronograph does, and I believe that every major brand gets it right at least once every couple of years.

I love Patek Philippe perpetual calendars only marginally more than I dig the Casio Frogman G-Shock – but for different reasons – and if you’re wearing either, chances are I’ll sidle over to you and start a conversation about it.

Collecting watches is one of the last bastions of required reading, so to speak. The more you know, the better you can collect, and you can’t just get there with a Google search. You get there by meeting new people, by hearing their stories. You have to interact. My passion for watches has taken me away from the loneliness of hotel rooms, far off the beaten path of tourist maps into the outskirts of Tokyo and into the convention halls of Las Vegas. The difference between a collector and a consumer is knowing the details, and I live for the details.

Rare 6264 in gold with red ”Daytona.” Daytonas are almost a brand within a brand, and a big focus in my collecting.

Rare 6264 in gold with red ”Daytona.” Daytonas are almost a brand within a brand, and a big focus in my collecting.Most of my focus on collecting is on vintage sport Rolex and Patek Philippe complications. I think these watches are the perfect cross between intrigue and investment. I also love contemporary watches as well, and I think we’re about to enter a new golden age of watchmaking. It’s a great time to get into watches, to become better informed than the generation of collectors before us, and to create a lasting heritage in collecting important timepieces as something truly legitimate.

“On tour, I can’t really carry around a lot of stuff,” he explained, sitting in a New York recording studio. “But you know what? I can pack a little roll of watches and wake up in the morning in Milwaukee and look at the watches and go, ‘Who do I want to be today through this one piece?’ It dictates a little bit of the mood.” 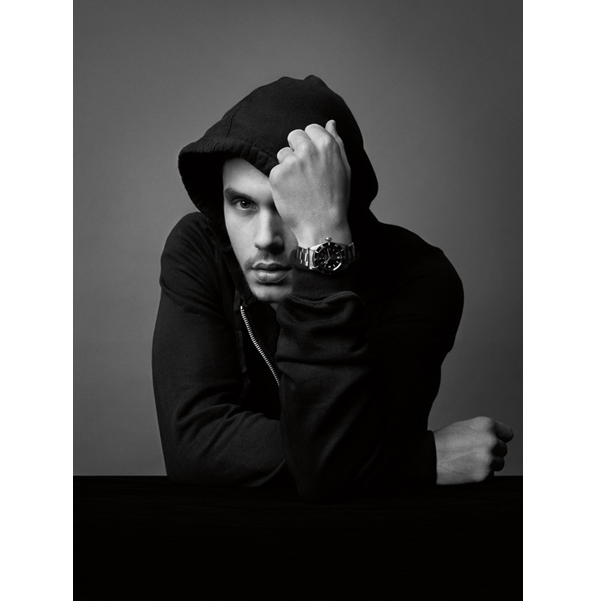 John Mayer has many faces. Despite the fact that he’s done the obvious rock-star stuff like selling nearly 14 million albums, winning multiple Grammys and romancing boldface names like Jennifer Aniston, he has become a master of persona diversification.
Favorite Timekeepers

To break free of the image of soft-rock balladeer cemented by his hit “Your Body Is a Wonderland,” he formed the John Mayer Trio in 2004, with Pino Palladino and Steve Jordan, exploring the old-school electric blues and rock he worships — from Ray Charles to Jimi Hendrix. The following year, he wrote blog posts for Esquire magazine, showcasing an eloquently self-deprecating yet charmingly grandiose side. In one entry, he itemized his Amex bill to show some of the strange things rock stardom had bought him: two Louis Vuitton suits, a Boba Fett action figure (an eBay impulse buy) and a hefty phone-sex bill.

Just a few months ago, Mayer proved that he could even bake. On his own blog, johnmayer.com/blog, he threw a “holiday (interfaith) baking contest,” where his bundt cake entry was buried in an avalanche of hilarious patisserie competitors.

As if all this weren’t enough, Mayer has also cultivated a serious, world-class obsession: collecting watches. For Mayer, regardless of what fancy and fantastic dials — power supply, time zones, moon phase — are ticking away, a watch has metaphoric powers. It can function, for example, as a kind of Mayer-centric G.P.S. device. He puts it on, and it gives him a lock on his own coordinates — not just time but space and self.

“On tour, I can’t really carry around a lot of stuff,” he explained, sitting in a New York recording studio. “But you know what? I can pack a little roll of watches and wake up in the morning in Milwaukee and look at the watches and go, ‘Who do I want to be today through this one piece?’ It dictates a little bit of the mood.”

Even a brief brush with Mayer’s wrist will tell you that the man has done his homework. He got through childhood and adolescence with two watches — a “Star Wars” -themed Armitron, followed by a Casio Databank. (There was also a Swatch or two in the mix, but nothing memorable.) In college, before he dropped out to pursue music full time, he had a Timex Ironman. It wasn’t until 2000, when Mayer was 23 and making it big, that the collecting bug really bit.

“When I started to make a little bit of scratch, I thought it was time to get a Rolex,” he said, recalling the swagger with which he picked the Explorer II, with a white face. Although buying it was a marker of success — like his first Grammy, which he’d won for “Wonderland” — it wasn’t long before it was not enough. “I get very into something. I want to research it and check it out,” he said. “The Rolex was just kind of the first rung on the ladder. I remember people saying, ‘Oh, Rolex is all right, but IWC makes a great watch. Audemars Piguet makes a great watch.’ So I go, ‘What’s IWC?’ ”

He quickly found out about IWC, Audemars Piguet, Patek Philippe, Omega, Vacheron Constantin et al. Soon he knew which watches were important to have as a collector and which ones he wanted just because he liked them and was mastering one of the world’s most genteel hobbies. “I always had the next watch in mind,” he continued. “It was a really nice way to aspire to greater things.” True to his broad-spectrum personality, he did not zero in on one brand or style.

“I have my rules. Never collect anything you’d never wear. I own watches that are valuable but don’t scream they’re valuable. And there’s watches I could buy for a quarter of that money, that everybody in the room would go, ‘Wow, that guy’s got cash.’ I’m not a watch snob.”

Mayer did, however, splurge on a Patek Philippe with a Sky Moon Tourbillon. “There’s no real retail for it, because it’s so difficult to get,” he said. “You’re not showing off your material wealth; you’re showing off your knowledge.”

Then, having built an enviable wardrobe of the newest and best, Mayer found himself intrigued by the challenges and histories of watches past — how the rarity of, say, a red-dial Rolex Daytona made it so much more important than one with a normal dial. So Mayer started digging into the mountain of details that make up the world of the obsessive chronometrophile and came out the other side way too conversant. Let the questioner beware: Mayer can tell you more than you ever wanted to know about how few special cross-branded Rolexes were ever made.

“I have an emotional void that I can fill by occupying my brain with the ins and outs of stuff,” he said deadpan. Mayer may be one of the most talented guys in the music world today, but trashing hotel rooms was never his style. Collecting has given him a different kind of escape.

“Before, I would travel and stay in my hotel room ordering movies, never seeing the world,” he said. The small but global watch-collecting community offered something — a collector, a shop, a show — in many of the cities he would hit. “I can hang out with people whose only connection to me is that we both love watches. I can go walk the Miami antiques show with a badge, not as John Mayer the musician but as the guy who can take out a loupe and tell you, ‘I don’t think your watch is right.’ ”

“What we’re talking about is something that is mine,” he added. “You can corrupt or co-opt my image or my likeness in any way you want to, but what I’ve established in my hobbies is a real sort of secure place that no one else can take from me.”

That is how a gentleman wears his heart on his sleeve. 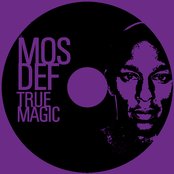 U R the One
Mos Def
4 dagar 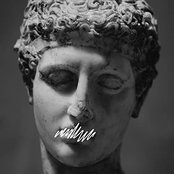 The Quiet One
Gotham
3 månader 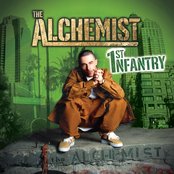 Hold You Down
The Alchemist
3 månader 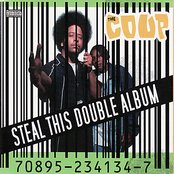 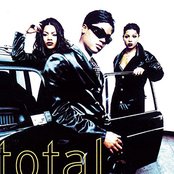